My best naturist story is not a single event, but events that span several years. I was with my then wife and our 2 boys driven to Krk, an island in northern Croatia, which was then part of Yugoslavia. That was in 1989 and we had rented the first floor of a house. One of the first days where it was bad weather, we had driven down to Puntarske Bay, about 5 Km from the house. It was on the other side of Punat, and even though it was stormy on the coast, it was always sheltered here. Already on the first day we found out that a lot of Germans came here, not just every day, but every summer. It was more or less all naturists, only a few chose to keep the clothes on, mostly young people. Several times I tried to surf in the bay, or I swam out to an island that lay in the middle of the bay. I chose to throw my clothes away and splash around in the water until once at 4-5 o'clock when we drove back to the house. We always had a big cooler bag with us, containing drinks and food for the whole day. The evening was spent eating at the various restaurants in the old town, and otherwise walking around the city. The evening was enjoyed on the balcony which almost went all the way around the house. Here, too, I chose to be without clothes on, there were not so many who could look up on the balcony. Yes, I got a taste for naturism this summer at the age of 35.

Every day when we came back to the beach in the bay, the Germans had reserved a place for us, the same place as the day before. I had at this point in my life not previously run around on a beach a whole day wearing only the Adams costume, but I became aware that this would not be the last time. The wife was less enthusiastic about it, but threw away the bra. This is how the days by the water with brought food and drinks went, far from everything. Suddenly the summer was over and we drove the 18-1900 Km north.

Over the winter, I decided I wanted a speedboat down here next year, and so it turned out. Kon-Tiki came home from Canada one early spring day, and when summer came, it was shipped all the way down to Krk on the trailer. I could sleep on the floor in the boat and the others slept in the car and we got to Krk in about 35 hours. In front of us we now had 3 weeks of sun, beach and water as well as a boat that shot a speed of 30 Knots. Now the coast was to be experienced - without clothes. The boat was anchored up on the south side of the harbor at night, but pretty soon I realized that the weather on these edges changed quite quickly and I had to get it into the outer harbor where there was a little more shelter.

During these weeks there were many trips down the coast, from the town of Krk to Baška, a trip of about 25 Km. Along the coast there were a number of natural harbors, to which it was only possible to get by boat. As soon as we got out of the harbor in Krk, I threw away all my clothes and enjoyed the sun. Often my stepson and I sailed around a bit after we had anchored up in a bay, and as soon as we were out of sight of his mother, well then he was also preferably free of swimwear. It looked different with the wife and the youngest of the boys, and I then realized that either you are a naturist or you are not. It was 3 weeks as a naturist.

Then came the war, and Croatia was now a closed country. We went that summer to Italy, where we camped in a place a little east of Grado. Here were other boats that would also rather be on the other side of the bay, and one day we agreed to sail in procession over to Izola, a trip of 25 Km. What a trip. We were notified of our arrival, refueled the boats, and found that we could easily sail down the coast to Umag and Poreč. The others were not naturists, so the trip was never quite the same as the year before where I had enjoyed the many days on the beach or in the boat.

Before the autumn was over, I had been replaced with a younger model, and I now had a house, car and boat, but almost no money. A couple of years later I was again at Krk, this time with a Thai / Chinese. She was a little more involved in naturism, and in the following years we took the trip to Krk twice, where we, among other things lived at Konobe naturist camping. On arrival at the place I threw all my clothes and I only wore clothes when I was over in Krk harbor to refuel the boat. The square had its own grocery store, and the majority also shopped without clothes.

In the years 1999 to 2002 I was taken there alone, but it was not quite the same, certain things should preferably be experienced with another human. In 2003, I went down here for the last time with my current wife, but she is definitely not a naturist, so the trips out to the islands off the Croatian coast became a final goodbye to both a country and a culture. On this last trip we stayed at a Croatian I had gotten to know some year before. The whole family were naturists and we got 4-5 good trips out to the many islands, Silba, Olib, Premuda and Mali Lošinj. It turned into almost 10 unforgettable trips, in a country where naturism is completely normal. 4 adults and 4 children in the boat, then all seats were taken.

A few years later we started the construction of our house in Bangkok, and in the years since, Thailand has become the place hvor we spent the holidays. I miss these trips where I can walk around a campsite or sail down the coast completely without clothes on my body. I started to feel the freedom of  nudity when me and my wife went to Mindoro, a beautiful isolated island with white sand and blue… 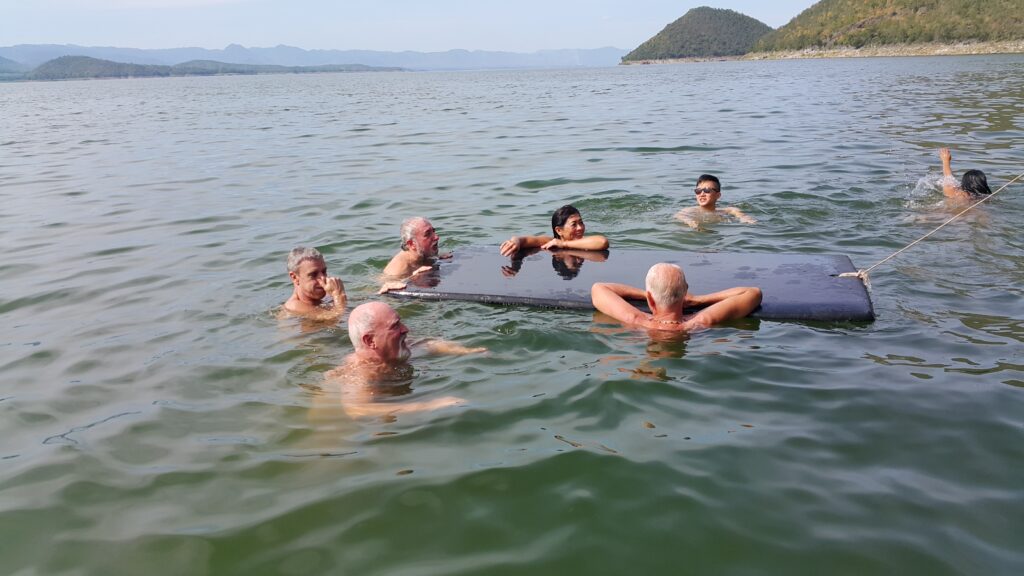 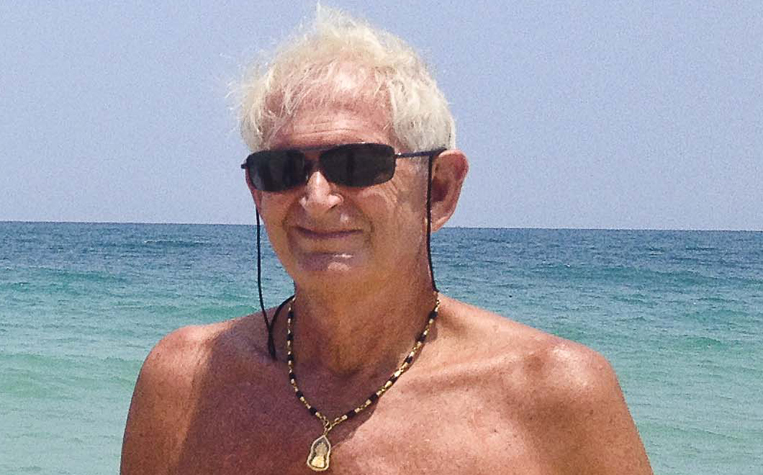