Thai publisher Mr. Sarin Foothai registered the first naturist club in Thailand as “Nikom Arb Daad” meaning Sunbathing Club. He published several books and pamphlets about the benefits of being naked in the sunlight - in particular dawn and dusk - and emphasized physical activity in the nude. The first year, the club had 98 members both men and women and of all ages. In 1932, the absolute monarchy in Thailand was overthrown by a military coup and eventually Sarin Foothai was forced to close the Sunbathing Club due to his links to the Thai royalty and suspicion that he would train a resistance to the military regime.

Founding members Ms. Disraporn Yatprom and Mr. Gregers Moller - incidentally both also publishers like Mr. Sarin Foothai - created the current day organisation as a limited company together with a few more members who are still active today. The members met for monthly nude dinners or clothing optional dinners, went on trips upcountry up to Kun Dan Dam in Nakornayok and explored hidden coves on Koh Larn where nudity could be practiced without bothering anyone. The association emphasized naturism / nudism strictly as a non-sexual life style - the conservative form of naturism which also Sarin Foothai followed in 1931. Swingers and other forms of nudity for sexual purposes are turned away.

Bruce Kendall takes over as main organizer. He creates a new website for the association and moves member management to Meetup.com from the local forum on the previous hosting. Bruce serves the members with a steady flow of events, assisted by his wife Jai Kendal and Thai member Marc Pongsabutra.

Chan Resort was built as a naturist resort following the owner, Chan Konin’s positive experience with members of Naturist Association Thailand in his previous resort. Then he sold his old resort to built the new Chan Resort which the Naturist Association Thailand helped inaugurate on 15 September 2011. The old resort was renamed Chan Twin resort by the new owner. - http://www.chanresort.com

2012 The Oriental Village Chiang Mai comes on board

Barefeet Naturist Resort opened in Bangkok on 1 January as the first hotel catering for naturists and nudist in Bangkok. The resort has only five rooms, so there is no room for clothing optional - all guests are expected to be nude or in the company of a naturist / nudist. Owners Disraporn Yatprom and Gregers Moller resume a more active role in the leadership of Naturist Association Thailand. - http://www.barefeetnaturistresort.com

On Saturday 21 May 2016, Lemon Tree Resort Naiharn Beach Phuket joined as a resort member of Naturist Association of Thailand (NAT). Lemon Tree Resort is the first naturist resort in Phuket welcoming all naturists to enjoy and explore nudist experience on the island. The resort was leased by Ms. Pattama Sangkhaow in 2015 and together with her partner "Golf" Phakapong Maneechay they joined Naturist Association Thailand as a resort member.

Phuan Naturist Village was opened in November 2017 by a group of Thai sisters, the first naturist resort in the world owned, managed and mostly staffed by women. The village has five bungalows and five 2 bedroom villas in a park like setting of 4,403 sq. meters (47,398 sq. ft.). The villas are offered for monthly rental, but the resorts which has become instantly well-known world wide also takes day visitors. Shorter stays by appointment. Like all the naturist resorts in Thailand, also Phuan is strictly a members-only resort.

By the end of 2017, NF Camp - the affectionate name for Naturist Family Camp - gradually started receiving visitors, although the place was still not quite finished. The naturists simply could not wait. NF Camp is located half an hour north of Cha-am in Petchaburi on the sea shore in a district called Haad Puek Tian. The camp site resort was finally finished in January 2018 and now offers four simple bungalows of which one has air conditioning and plenty of space for putting up a tent. In March 2019, following a dispute with the shareholders, NF Camp withdrew from Naturist Association Thailand.

19 October 2018, Peace Blue Naturist Resort Phuket opened as a brand new, purpose built naturist resort on Phuket. The owners are Ms. Pattama Sangkhaow and her husband "Golf" Phakapong Maneechay who at the same time terminated their rent for the past three years of Lemon Tree Resort (see above) and moved their guests and activities over to the new, larger and more convenient naturist resort.

1 December 2018, the new management of Lemon Tree Resort Naiharn Phuket joined Naturist Association Thailand as a naturist resort. The new managers are Khun "Joy" Krongsuk Phasaprapa and Khun "Woody" Supakrit Kaewsikit. One year later, as of 1 December 2019, the managers stopped the operation as Khun Woody was going to New Zealand to study.

Barefeet Heaven Hill Naturist Resort in Trang opened for naturists on 1 December 2019. This extremely beautiful boutique hotel became a naturist haven for the next three years on the auspicious day of 11. November 2019 when Disraporn Yatprom signed a leasing contract with the current owners, whose son - currently the manager - is going away to get a masters degree from Germany. 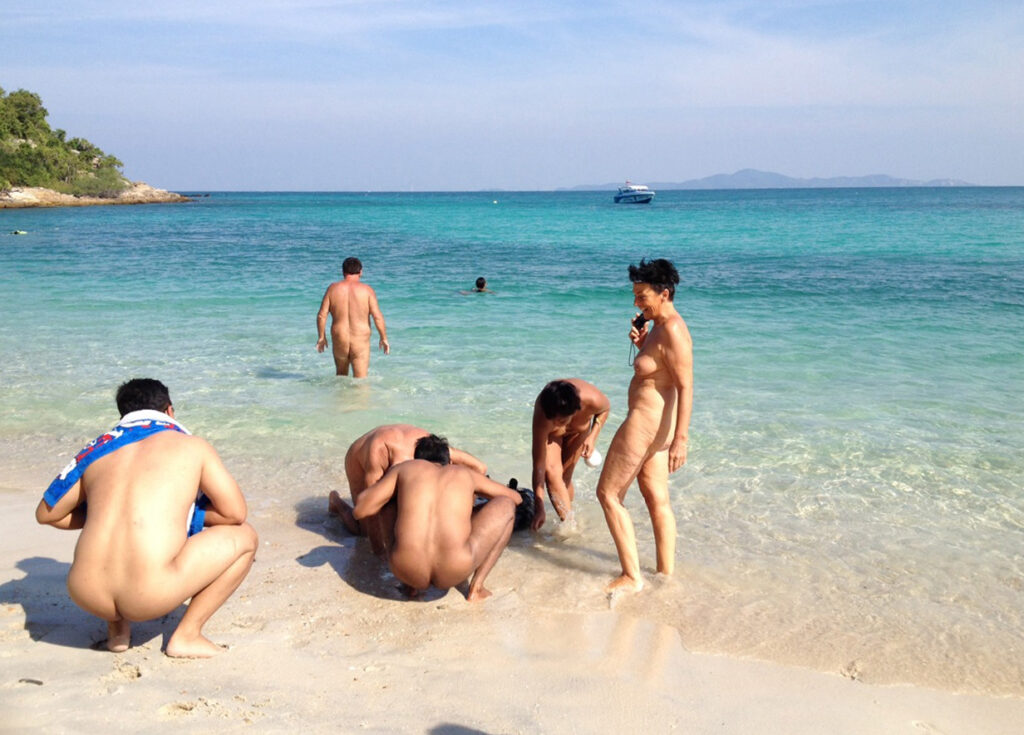 Naturist Association Thailand promotes a lifestyle for health and wellness minded people who enjoy clothing-optional, naturist or nudist recreation. Naturism is a way of life in harmony with nature characterised by the practice of communal nudity with the intention of encouraging self-respect, respect for others and for the environment. We believe strongly in the fundamental non-sexual concept of naturism. Swingers need not apply, as you will be rejected. [button 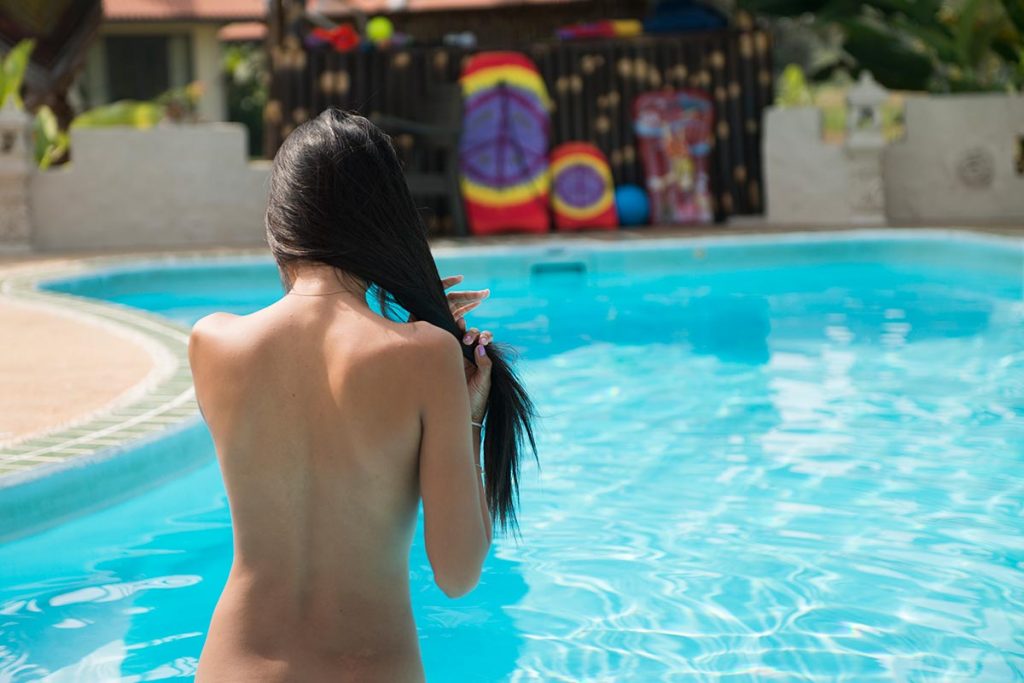 Oriental Village Chiang Mai will be a non-naturist resort when it opens again after the COVID-19 closure. The resort opened as the second naturist resort… 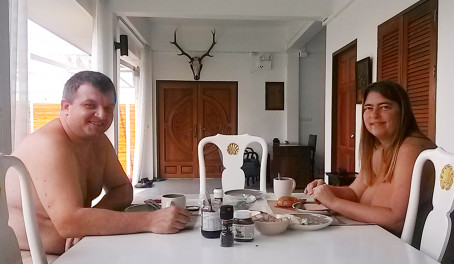 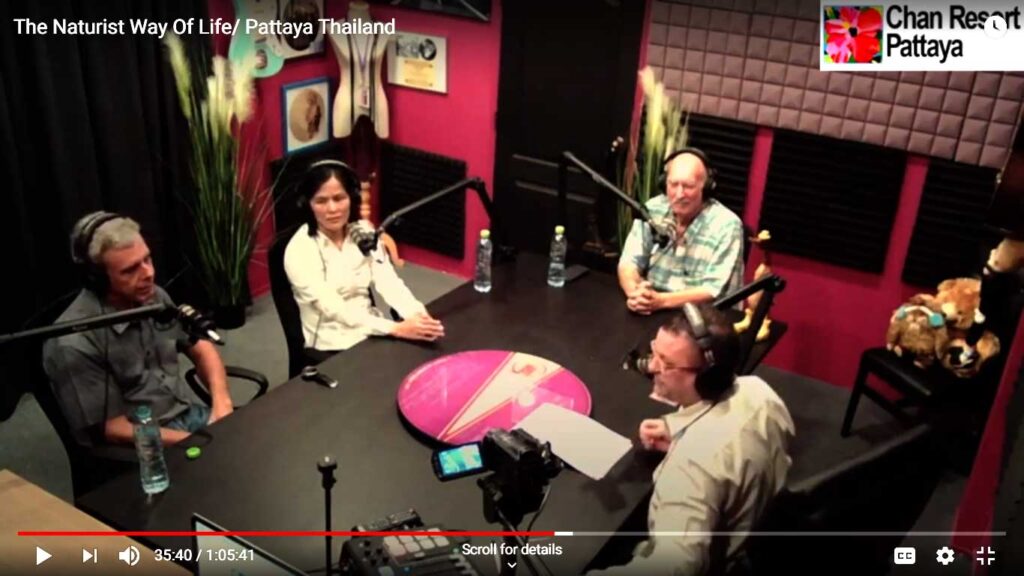