When I was growing up, no one in my family went naked around the house. I never thought much of it but growing up I would read the National Geographic and noticed the pictures of the natives in Africa running around with no clothes on. I remember thinking how free that must feel and wondered what it was like to walk around naked. When I was in my room, and no one was home, I used to take off my clothes and remember what a great feeling it was.

I started taking off my pajamas when I was round 14 or so and slept naked. I loved it, but hoped that no one would find out as I felt it was not the thing to do. My father came in one night to ask me something and noticed my pajamas on the floor. He asked if I was naked and I said yes, being much embarrassed. He said something to me, which I don’t remember his exact words, but he didn’t seem upset about it, so that was a good thing.

After one year in Jr. College, it was when guys were being drafted into the Army so I joined the Navy. Every night I took off my underpants and slept naked in my bunk. After the Navy I went back to finish my degree and wondered why everyone wore underwear, when it was so uncomfortable. I started to not wear any, and to this day I sleep naked and never wear underwear. Feel so much better as I don’t like the feeling of underwear binding me, either when I sleep or when I’m walking around.

After I graduated I got a job at UCLA and bought my own house with a private back yard. I was naked all the time I was in my house as well as in the yard. It all just felt natural to me. In 1987 a group of friends, who also liked being naked, got together once in a while at a friends house that had a pool and was swimming naked and getting an all over tan. There was no hint of sex as it was not that kind of get together. A few of us thought of starting a club where we could attract more guys and people with places to use for get together. That year we formed LANG (Los Angeles Nude Guys) and I was the treasure and created a Website to attract members. The club is still going strong and I was saddened when I retired from UCLA and had to leave Los Angeles, and LANG. I’m still a member and when I’m in the USA I try to attend as many events as I can. It is not a sex club but a social club with many pool parties, BBQ’S and any other type of get together that can be dreamed up. As with Thailand naturist, if anyone acts in an improper way, they are kicked out of the club.

It was so wonderful when this organization was formed to promote naturism It is a great group of people from many walks of life. I have met great people from all over the world and all walks of life coming to enjoy naturism in the land of smiles. The membership is growing every day and many live out of Thailand.

I love being naked always and when I built this house in Angsila, the first thing I did was to put up a wall around the property so I could be naked in and outside the house. There is something about being naked that is natural and free. It kind of boggles my mind that people are afraid to tell anyone they are a naturist. What is the big deal? It not like you are a sex predator, or a drug dealer, but just someone who enjoys being natural and free. At the beach you see little children running around naked having fun playing, but when an adult shows up naked it is a big no no!.

What is the difference, except for the age? People have a misconception that if you are naked all you think about is sex. Not true for the majority of us naturists, but there are always a few that do. After all, we were all born naked!! 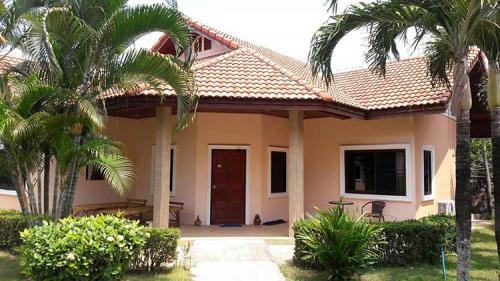 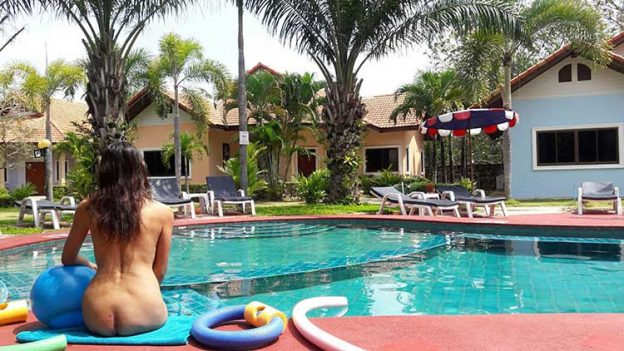 An interview with a newbie naturist by 4-years experienced naturist for everyone who wonders “What are naturists really?” Listen to the interview here! Nidnoi is…