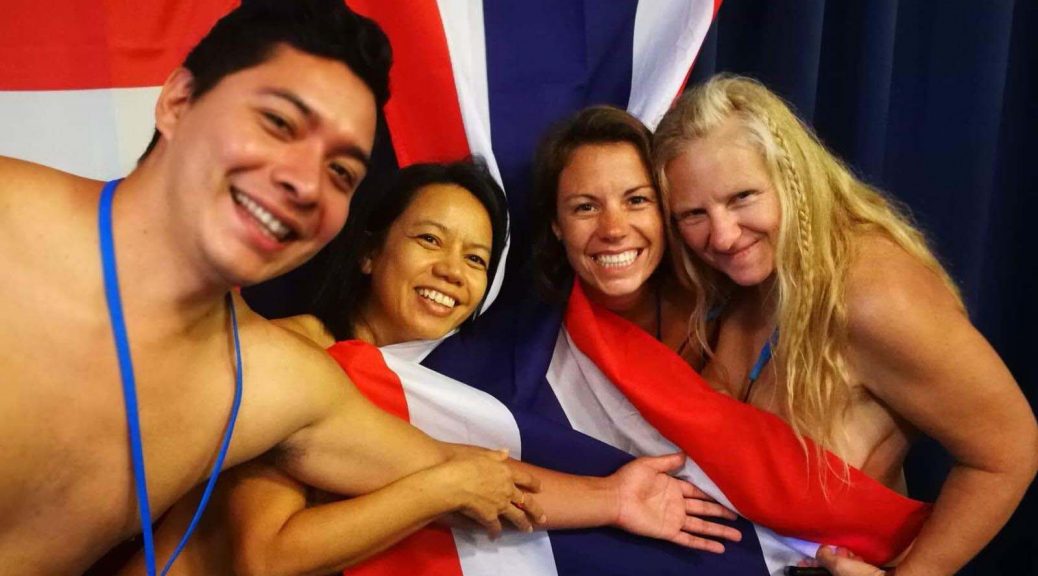 Naturism, or nudism, is a cultural movement among people practicing social nudity. It is practiced by healthy, active people in all societies around the world. It is based on the healthy physical and mental benefits of being nude. It is a positive family lifestyle for all peoples and it promotes high quality personal, family and social values.

Naturists have lives and positions in society where they wear clothes just as naturally as they do not wear them at times when they might be at home or attending naturist resorts, functions and events.

Naturist Association Thailand re-established naturism in Thailand in 2007. A cornerstone in the concept of Thai naturism, is that we will do all we can to avoid offending anyone in the Thai society. We do not want to make anyone uncomfortable. This concern for others is reflected in the slogan of the association "Protect Naturism - Respect Others". This was adopted at the 4th International Naturist Conference (NATCON) by Naturist Association Thailand in 2015 which was attended by 30 naturists from Thailand, United States, Denmark, Taiwan, Singapore, Holland, India, Malaysia, New Zealand, Australia, France and South Africa.

For nearly 10 years we have helped Thai owned naturist member resorts develop their businesses, marketing skills and increase their income and profits based on this healthy naturist lifestyle. International and Thai naturists have added millions of baht to the income of Thailand’s naturist resorts.

Naturists are respectful and distance themselves from sex-tourism and other forms of exploitative tourism. We are supportive of government initiatives to reduce tobacco and alcohol addiction and other initiatives to promote among Thai people the benefit of a healthy mind in a healthy body.

For naturists the nude body is not a sexual statement nor an invitation to a sexual encounter. Naturists are usually upper middle class and well educated and coming to Thailand they spend most of their time respectfully visiting cultural sites and spending their money on typical Thai attractions. Only when they return to their hotel do they enjoy to take off their sweaty clothes and chill out naked with other naturists.

These rules followed by all resorts displaying The logo of Naturist Association Thailand. 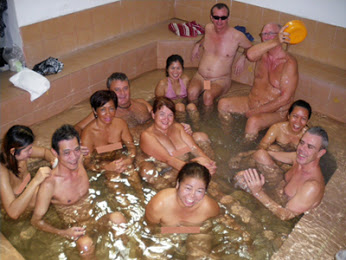 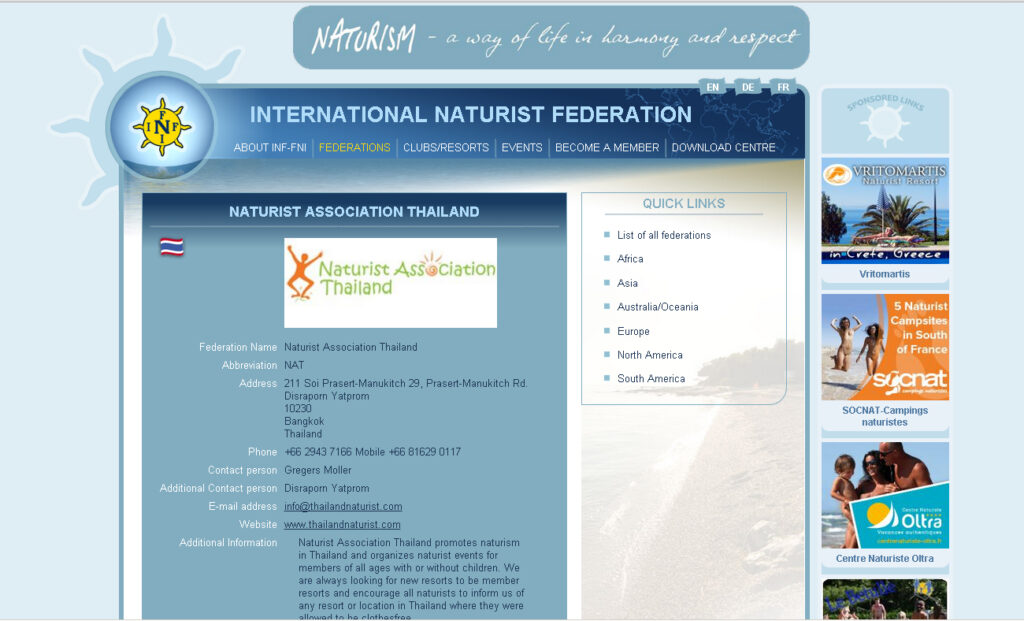 Naturist Association Thailand (NAT) became on 1 September 2015 a member of the International Naturist Federation (INF). The accreditation means that NAT is now officially the national organisation representing naturism as defined by INF-FNI in the Kingdom of Thailand. Only three countries in Asia have accredited naturist organisation – the other two being Taiwan and Israel. 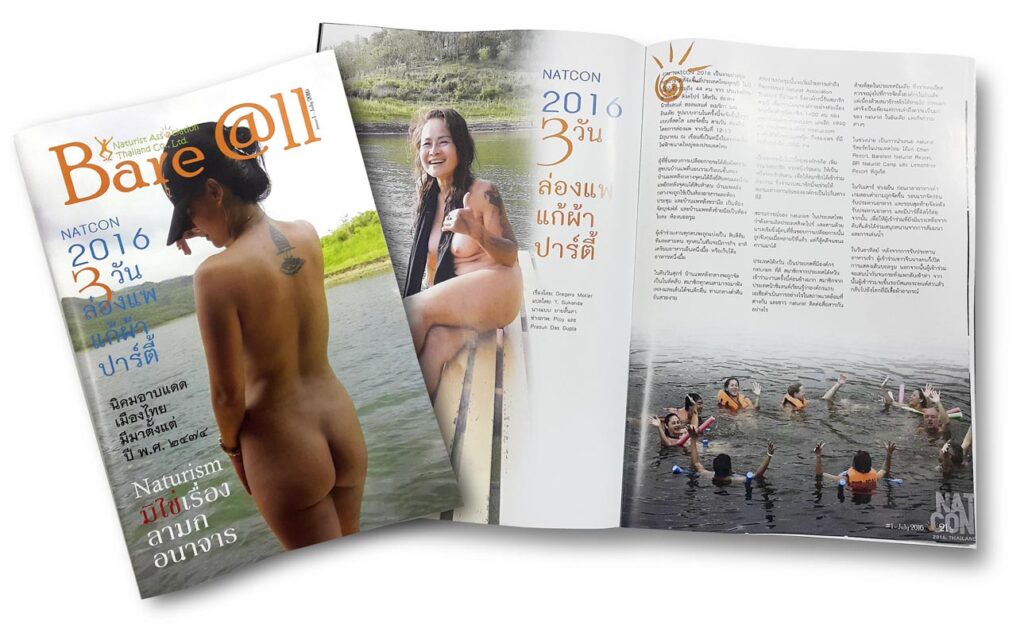 ​Naturist Association Thailand’s launched on 14 July 2016 “[email protected]” – a new magazine for its naturist members. The content of [email protected] is written in Thai and English and edited by Disraporn Yatprom. The first issue is a 48-pages, full colour magazine. The printed edition is reserved Premium Members, while the online version is for Ordinary Members and supporters of the association.