Thai TV channel True4U invited Gregers Moller of Naturist Association Thailand in the studio to explain to TV Presenter Wasamon Chuangpreecha if this was naturism and - if not - what naturism then was.

In the program, Thai lawyer Mr Decha Kitivitayana confirms, that the activity of Naturist Association Thailand as described in the interview is legal, while the activity of the young men is clearly not and punishable under Thai law with a fine of 5000 THB each. The interview was preceded by a news reporting on the social media posting and the local reactions where the young men had taken their photos: 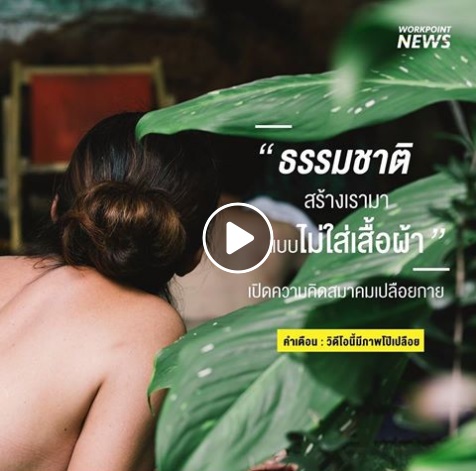 The Thai online news and entertainment channel WorkPoint News has produced a small introduction video to naturism in Thailand. The program is in Thai language.…