The number of participants that were able to join was limited, but that did in no way spoil the day. A heavy shower in afternoon did, however, spoil the Hopscotch competition. The other disciplines - swimming free style, swimming underwater, fill the bottle, balut, and pool went on more or less as planned - interrupted only by a longer after-lunch nap than anticipated. 🙂

The winners were announced in a live broadcast during the SatNatChat online zoom meeting starting every Saturday at 18.00 Thai time. The meeting participants also followed live the exciting final minutes of the snooker competition at the pool table between Paul "Corpsnu" and Steve S which Paul "Copsnu" narrowly won.

See all the reuslt in the captions of the images below.

Next Thailand Naturist Sports Day is scheduled for Saturday 22 August 2020 at Barefeet Naturist Resort in Bangkok.

The Thailand Naturist Sports Day concept has been developed in a way that is in line with the reality that naturists in Thailand will always be spread all over the country - and indeed all over the world. It is particularly true in the shadow of the Covid-19 flu, but even without this nuisance it will always be very difficult for members who wish to participate in a specific disciplin to be assembled in one location in Thailand on any one specific day. With the Thailand Naturist Sports Day concept, they don't have to be - they compete any time they are at any of the resorts against the Resort Book of Records in their disciplin and will get their result recorded in the Book of Records. They may be able to break the record of the current Resort Champion or they may not, that doesn't matter - they are still part of the full competition.

Let's take an example. If a member lives in Canada, and one day has the chance to be back in Thailand, then they can compete in their favorite disciplin at their favorite naturist resort. Their result will be recorded and measured against anybody who have in the past year - and ever - competeted in that disciplin at that resort. Their time or achievement will be recorded in the Resort Book of Records and that way they will be part of the same sports competition.

Once a year, a big "Moter-of-all-Thailand-Naturist-Sports-Days" will be held. At this event - apart from live competitions - time and achievements from participants from each resort over the past year will be considered as well. A physically present person may win the trophy of the day, but the Resort Champion may retain his or her title if the record of the day does not beat their record from when they stayed in Thailand at that resort. 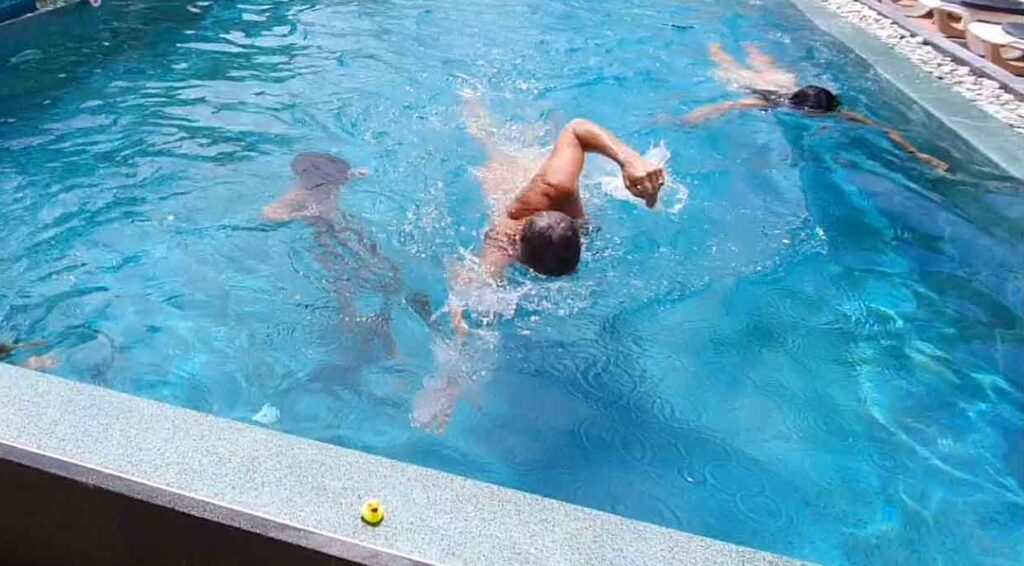 The Sports and Games Day at Barefeet in Bangkok on Saturday 22 August 2020 was fun and engaging and ended in a nice After Party.… Your roadmap to a naked vacation in Thailand without any quarantine is now ready. The first phase starts tomorrow, 1 April 2021, and it is NOT a joke!