From a young age, women are taught and trained to wear a bra. For teenagers, getting their first bra is a rite of passage. While this is certainly still true, science has been examining the so-called benefits of wearing a bra in recent years.

And their findings are astounding…

Wearing a bra doesn’t have benefits.

While many women choose to go bra-less because of political reasons, like these high school students, you may want to join them for your own good health. As you’re about to learn, saying no to your bra comes with a lot of health benefits…

If you want to stay ‘perky’ in the chest area, not wearing a bra helps. French researchers discovered, in their study on the effect of bras, wearing a bra might actually make you sag.

For most of a woman’s adult life, she thinks that a bra is supposed to help keep her perky. But unfortunately that was just a marketing scam fed to the public by the companies that manufactured bras.

But why does not wearing a bra make you perkier? Without a bra, the pectoral muscles will be worked. If they’re cradled in a bra, they don’t have to work and just start sagging with gravity.

Another benefit of skipping the bra is getting better circulation. Tight elastic straps and bands cut down on the circulation of blood into your arms and torso!

If you don’t wear a bra, you can stop compressing the major blood vessels in your upper body and get more blood flow to the extremities of your body.

Not wearing a bra gets you better sleep. That’s right, a peer-reviewed study indicates that wearing a bra at night interrupts your natural circadian rhythms and interferes with sleep. Take your bra off at night if you want better shut eye.

Since you won’t be wearing a bra anymore, you will have clearer skin. There will be less oil and dirt trapped against your skin thus reducing the likelihood of rashes and breakouts.

While it might be hard to believe, the scientific results should not be denied. The study found that not wearing a bra for an extended period of time will improve the shape of your chest. They will be rounder, fuller, and perkier for life.

If you’re sold on these health benefits, you should also remember that when you skip wearing a bra, you’ll also be more comfortable.

Here’s a fact the bra industry doesn’t want you to know. If you don’t wear a bra, you might gain a cup size. Why? Because your pectoral muscles will be getting stronger as they work against gravity.

This will cause your breast tissue to grow naturally and your chest will appear fuller than it did in your former bra-wearing days.

While this benefit doesn’t improve your health directly, it might make you feel less stressed about money issues. Why? Because not wearing bras saves you money. They’re expensive! And when you can stop buying them that extra cash can go elsewhere.

Are you convinced? Will you stop wearing a bra? 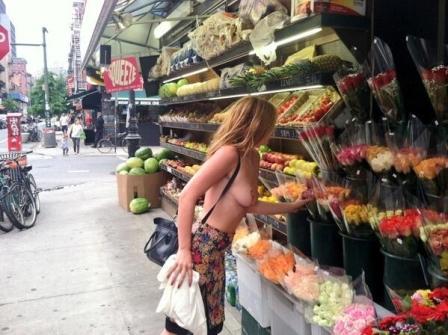 Common questions about naturism Everyone will think I am there for sex! Naturism is NOT about sex, in fact we express great disapproval of anyone…